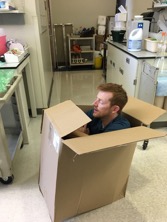 Dave started his doctoral studies in biomedical physiology at Simon Fraser University. His thesis explored proton modulation of the cardiac voltage-gated sodium channel and its role in ischemic arrhythmia. In 2012 he joined Gail Robertson’s lab at the University of Wisconsin-Madison for a post-doc in translational cardiac electrophysiology. His projects in Dr. Robertson’s lab focus on the interaction between hERG cytoplasmic domains and their role in hERG channel gating and human cardiac electrophysiology. The long-term goal of his research program is to uncover mechanisms of arrhythmogenesis using patient-derived stem cell-derived cardiomyocytes as models of the human heart. 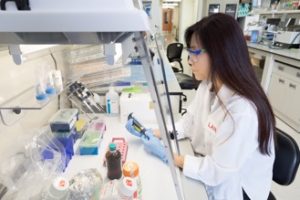 Fang started her studies in Medicine at China Hebei Medical University. In 2012, she joined Gail Robertson’s lab at the University of Wisconsin-Madison to study co-translational regulation of ion channels involved in the ventricular action potentials. 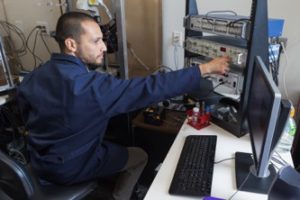 Erick did his PhD studies in Mexico City at the Center for Research and Advanced Studies (CINVESTAV) in the lab of Dr. Guillermo Ávila. During his PhD project, he investigated the effects of aldosterone in the electrophysiology of adult rat atrial myocytes with special interest in L-type caclium channels. He then joined the Robertson lab in October of 2015 at UW-Madison for a post-doc in co-translational regulation of ion channels involved in the ventricular action potential. His main project involves the study and implications of the interaction between ion channel transcripts that result in changes in various ionic currents. One of his main research interests is to investigate the stoichiometry between ionic currents shaping the action potential in cardiac cells as well as mRNA levels/protein expression. 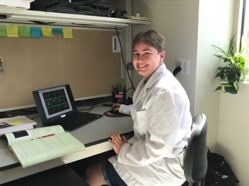 Jenny received a B.S. in Biochemistry and a Ph.D. in Zoology and Neuroscience from the University of Wisconsin-Madison, where she studied the role of neuropeptides on behavior of parasitic nematodes and their potential as therapeutic targets. She joined the Robertson lab as a post-doc in 2017 with an interest in translational cardiovascular research and molecular mechanisms behind ion channel production and regulation. Her project aims to identify mechanisms of co-translational association between two related subunits (1a and 1b) of the hERG voltage-gated potassium channel, which is responsible for the major repolarizing current in the cardiac action potential. 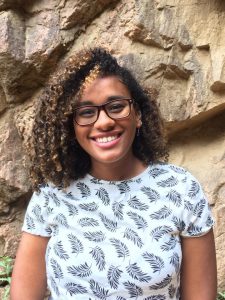 Whitney graduated from the University of Puerto Rico at Mayagüez with a B.S. in Biology. During her undergraduate studies, she worked in different areas of research, such as cell and developmental neurobiology, molecular and muscle biology, and neuroscience. After graduating, she worked as a research technician at the University of Chicago, where she analyzed signaling pathways that influence gliogenesis. Having discovered her passion for neuroscience, she joined the Neuroscience Training Program 2016 and is pursuing her doctoral work in the laboratory of Dr. Gail Robertson. Currently, her research uses electrophysiology to study structure and function relationships of KCNH/Eag voltage-gated potassium ion channels. 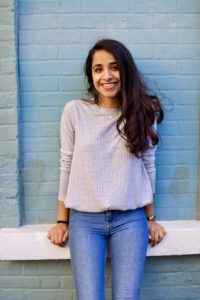 Aliyah is a senior undergraduate research assistant and joined the Robertson lab in 2016. She is a senior at the University of Wisconsin-Madison majoring in Neurobiology & Spanish, with certificates in Global Health and Stem Cell Excellence. Her work in the lab mainly focuses on characterizing specific arrhythmias using patient-derived stem cell-derived cardiomyocytes as models of the human heart.

I am a senior PhD student in Gail’s lab. I am trying to understand the biophysical properties and the gating mechanisms of hEAG1 channel, which is a voltage gated potassium channel important for regulating neuronal excitability.